Following weeks of uncertainty, the U.S. Senate passed the Sergeant First Class Heath Robinson Honoring Our Promise to Address Comprehensive Toxics Act (known as the PACT Act), which will provide health care for potentially millions of veterans exposed to toxic chemicals from “burn pits” in Afghanistan and Iraq and other sources. The PACT Act also includes the Camp Lejeune Justice Act, meaning that veterans, family members, and civilian military contractors who suffered from health problems after exposure to contaminated water at US Marine Corps Base Camp Lejeune can now file Camp Lejeune toxic water claims directly against the federal government.

“We appreciate Congress’ action on this important issue. The passage of the PACT Act and Camp Lejuene Justice Act will deliver justice for our veterans. We are ready to serve those who served us all.” Despite passing the Senate by an overwhelming margin in mid-June, a minor technicality meant that a “re-vote” was necessary. In a move that shocked political and legal observers, 25 senators changed their previous “yes” votes to “no,” rejecting the PACT Act earlier this week. The 24 Republicans who changed their votes to reject the bill claimed that while they supported the intent of the legislation, they could not support the PACT Act due to what they claimed was a “budgetary gimmick.” Veterans groups were outraged, and before yesterday’s vote, Senate Minority Leader Mitch McConnell (R-KY) indicated that the Republican senators would reverse course and support the PACT Act. 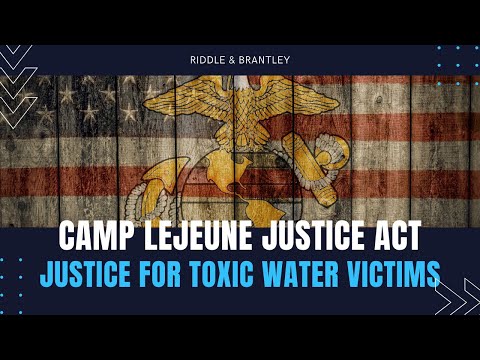 What Does the PACT Act Mean for Victims of Contaminated Water at Camp Lejeune?

More than a million veterans, their family members, and civilian contractors who lived and worked at US Marine Corps Base Camp Lejeune in Jacksonville, NC may have been exposed to toxic water on base between 1953 and 1987, potentially suffering from cancer and other health problems as a result. The PACT Act — and its included Camp Lejeune Justice Act — will finally allow victims to file claims for compensation against the federal government. Our firm is actively investigating these claims.

If you or a loved one were exposed to contaminated water at Camp Lejeune for at least 30 days between 1953 and 1987 and were diagnosed with qualifying cancer or other health problem, you may be entitled to compensation under the PACT Act and Camp Lejeune Justice Act. Our Camp Lejeune claims attorneys are ready to assist with your claim or lawsuit however we can. Please call 1-800-525-7111 for a FREE, no-obligation consultation today. We don’t get paid unless you do. If we don’t recover compensation for you in your Camp Lejeune claim or lawsuit, you won’t pay any attorney fees.

“Can I File a Camp Lejeune Claim?”

Yes, if you were diagnosed with a qualifying condition after exposure to toxic water at Camp Lejeune between 1953 and 1987, you may now file a claim against the federal government. Significant compensation may be available. Please call 1-800-525-7111, and let’s review your claim. Since 2000 alone, we’ve recovered over $665 million in compensation for our valued clients (see disclaimer below), and we are ready to help however we can.

Cancers and other health problems that may qualify for a Camp Lejeune claim or lawsuit include, but are not necessarily limited to: 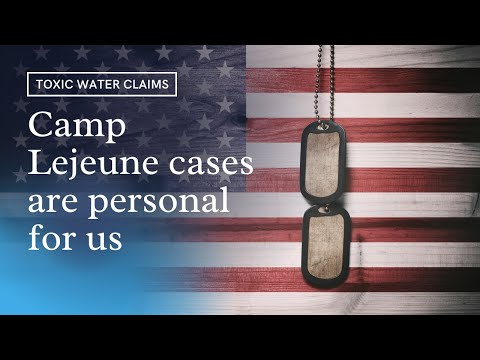 There are absolutely no upfront costs, and you won’t pay any attorney fees unless we win your case and you receive compensation. Please call 1-800-525-7111 today, and let’s see how we can help.

Our firm has offices in Jacksonville, just down the road from Camp Lejeune, and we have been serving veterans and their loved ones as well as civilian contractors in the area since 1985. We have extensive experience handling claims and lawsuits in the Eastern District of North Carolina, the jurisdiction in which Camp Lejeune claims and lawsuits will be handled under the terms of the PACT Act and Camp Lejeune Justice Act.

Don’t wait — under the terms of the Camp Lejeune Justice Act, you have a limited time to file a claim. We are ready to help however we can. We believe Justice Counts for our veterans, their family members, and civilian military contractors, and we are ready to serve those who served us all.