An Oklahoma judge has issued a verdict in a closely watched Johnson & Johnson opioid trial, ordering the pharmaceutical company to pay $572 million to the State of Oklahoma for its role in fueling the opioid crisis. In his ruling, Cleveland County District Judge Thad Balkman wrote that Johnson & Johnson “engaged in false and misleading marketing of both their drugs and opioids generally.”

The verdict marks the end of the first state trial seeking to hold opioid manufacturers accountable for an epidemic that has resulted in more than 400,000 overdoses involving opioids since 1999.

“The opioid crisis has ravaged the state of Oklahoma and must be abated immediately,” Balkman wrote.

“[Johnson & Johnson] engaged in false and misleading marketing of both their drugs and opioids generally.” – District Judge Thad Balkman

Johnsons & Johnson called the decision “flawed” and has vowed to appeal.

“Janssen did not cause the opioid crisis in Oklahoma, and neither the facts nor the law support this outcome,” said Michael Ullmann, general counsel for Johnson & Johnson.

Janssen Pharmaceuticals is a subsidiary of Johnson & Johnson that manufactures and markets prescription opioids.

Johnson & Johnson argued that it could not be held liable for supplying legal medications. According to a Washington Post report, attorneys for the State of Oklahoma argued that Johnson & Johnson “took an active part in the pharmaceutical industry’s effort to change doctors’ reluctance to prescribe opioids by mounting an aggressive misinformation campaign that targeted the least knowledgeable physicians.”

In suing Johnson & Johnson, the State of Oklahoma argued that the company created a “public nuisance,” marking what is perhaps the first time a public nuisance law has been used against a drug company in this way.

Oklahoma is one of more than 40 states to have sued opioid manufacturers for their alleged complicity in fueling the opioid epidemic.

Legal analysts have closely monitored the Oklahoma trial in order to assess strengths and vulnerabilities in future opioid lawsuit arguments.

The $572 judgment against Johnson & Johnson is sure to increase pressure on other opioid manufacturers to settle similar claims.

“It may not be the billions that some people were projecting, but this precedent, from the standpoint of the plaintiffs, is a green light,” Thomas Cooke, a professor at Georgetown University’s McDonough School of Business, told Politico. 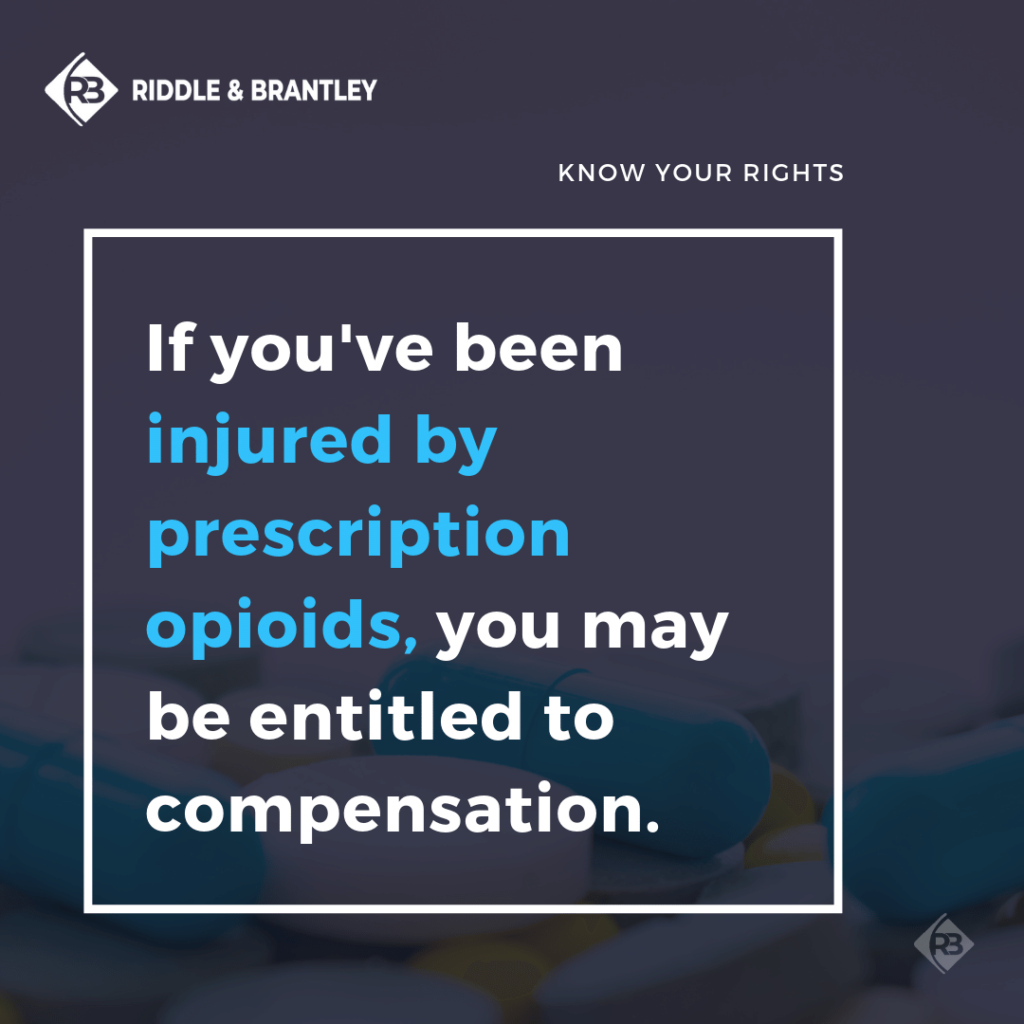 In the hours following the ruling in Oklahoma, attorneys representing thousands of clients in a similar federal lawsuit expressed confidence.

“The ruling in favor of the State of Oklahoma’s public nuisance claims confirms what communities have been saying for some time: the opioid epidemic significantly interfered with public health,” said attorneys Paul Farrel, Jr., Paul Hanly, Jr., and Joseph Rice.

“This decision is a critical step forward for the more than 2,000 cities, counties, and towns we represent in the consolidation of federal opioid cases.”

Have you or a loved one suffered injury or death due to prescription opioids?

If you or a loved one has been injured or killed due to prescription opioids, depending on the circumstances of the case, you may be entitled to financial compensation.

There is no obligation and if you decide to hire us to represent you, there are no attorney fees unless we win your case and you receive financial compensation.

The personal injury and wrongful death attorneys at Riddle & Brantley have been fighting for justice for victims since 1985.

“No one is above the law, and we will hold companies accountable when their negligence results in injury to others.” -Gene Riddle

We would love to see if we can help.