Home » Blog » Is Drugged Driving as Dangerous as Drunk Driving?

Is Drugged Driving as Dangerous as Drunk Driving? 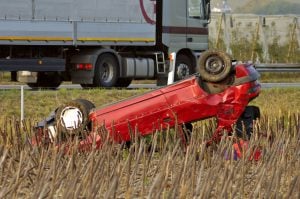 Authorities have discovered that one of the drivers involved in a fatal three-vehicle crash in Raleigh was driving under the influence at the time of the wreck. Per WRAL-TV, the drugged driving accident happened on Glenwood Avenue near Crabtree Valley Mall. Reportedly, the driver who was under the influence was driving on Glenwood may have passed out. Once the driver was unconscious, he lost control of his vehicle, crossed over into the opposite lane and crashed head-on into a Hyundai traveling in the other direction. The force of the collision caused the Hyundai to spin out and crash into another vehicle.

The drugged driver died in the wreck. The driver of the Hyundai suffered serious but non-life-threatening injuries in the crash and had to be taken to the hospital for treatment. The driver and passenger in the third vehicle escaped the collision without injury.

Are Drugged Driving Accidents on the Rise?

Cars.com featured an article at the end of January about data that shows drugged driving accidents are increasing nationwide. The information used in the article was the result of a series of research studies. The scientists behind the studies hope that their results will help influence policymaking regarding pedestrian safety, distracted driving and drugged driving.

The studies come at a time when many states are legalizing recreational or medical marijuana and deadly traffic accidents involving people driving under the influence of marijuana are rising. According to National Highway Traffic Safety Administration data, from 2007 to 2014, the number of drivers who tested positive for THC (the active ingredient in marijuana) increased by close to 50 percent. Other numbers from the article included a report from USA Today that showed that in Colorado in 2015, over 12 percent of fatal car wrecks involved a driver who tested positive for THC. That represented a 53 percent increase from the same numbers in 2013. In 2012, Colorado voters approved the legalization of recreational marijuana.

Even if the driver in a drugged driving accident is arrested and convicted of driving under the influence or driving while impaired, victims and families should still talk to a personal injury lawyer about their situation. A criminal conviction for drugged driving will not help victims or their families with hospital bills, lost wages, rehabilitation expenses or funeral costs. However, we can use the criminal conviction to prove liability in the civil claim for injuries and damages. Filing a personal injury claim can help victims hold those at fault for their injuries accountable, including securing the financial assistance they need following the accident.