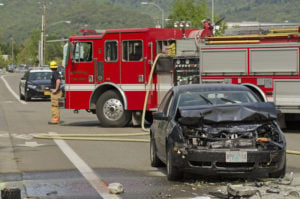 A driver swerving to avoid rear-ending a car that had stopped led to a school bus crash in Raleigh, according to WTVD-TV. The incident happened near the intersection of Diquedo Drive and Skycrest Drive. Both the school bus and the other vehicle, a pickup truck, were traveling along Skycrest Drive prior to the wreck.

The accident happened when the driver of the pickup truck crossed over into oncoming traffic to avoid hitting a stopped car. This led to a collision with the school bus, which was heading in the opposite direction when the pickup swerved into its lane. No one on the bus was injured in the crash. However, four occupants of the pickup truck, including three children, had to be taken to the hospital for treatment. Police were still investigating this incident at the time of this writing.

There are several ways that drivers can lower their chances of being involved in a rear-end collision, including:

Have you ever been the victim of a rear-end collision? What led to it? Tell us about your experience below in the comment section or our Facebook or Twitter. Hearing about what caused your wreck may help other drivers from suffering the same fate.