Home » Blog » Could GM’s Marketplace App Increase the Risk of a Car Accident?

Could GM’s Marketplace App Increase the Risk of a Car Accident? 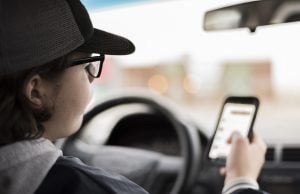 The National Safety Council (NSC) recently chastised General Motors over its new vehicle infotainment app. These apps are high-tech dashboard features on cars that display GPS, allow you to select music, or assist with parking. Some features are touchscreen while others are voice-activated. GM’s Marketplace app allows you to use the vehicle’s touchscreen to perform tasks such as order food, reserve parking spaces and make dinner reservations. The feature is included in millions of Buick, GMC, Cadillac and Chevrolet 2017 and 2018 models.

According to the NSC, GM’s Marketplace app may be unsafe to use while driving. If the NSC is correct, then it would be another example of how infotainment systems could increase the risk of causing a distracted driving accident.

1-800-525-7111Injured in a distracted driving car accident? Click to call for a FREE consultation!

How Distracting Are Vehicle Infotainment Systems?

GM’s Marketplace app could be the tip of the iceberg. Infotainment systems in millions of other vehicles sold in the US could also pose a distracted driving risk.

AAA claims it can take up to 40 seconds to program navigation directions. According to prior research conducted by the National Highway Traffic Safety Administration (NHTSA), the risk of a car crash doubles when motorists take their eyes off the road for two seconds. The study found additional infotainment system features that are distracting. Some infotainment systems allowed motorists to check Facebook posts or surf the internet.

Are infotainment systems just another source of distraction while driving? Let us know what you think by connecting with Riddle & Brantley, LLP on Facebook and Twitter.