Home » Blog » Is the Estate of a North Carolina Man Suing Chiquita for Asbestos Exposure?

Is the Estate of a North Carolina Man Suing Chiquita for Asbestos Exposure?

A North Carolina man’s estate has filed a lawsuit against Chiquita Brands International Inc. alleging that he was the victim of asbestos exposure during his career. Per a Louisiana Record report, the suit, which was filed in early November, claims that while the man was working for United Fruit Co., and later its successor Chiquita, he was exposed to asbestos, which led to the lung cancer that eventually took his life. The man’s estate is alleging that United Fruit Co. and Chiquita are to blame for his asbestos exposure and are seeking to hold them accountable for his death.

What Do I Do If Asbestos Exposure Results in Cancer?

Exposure to asbestos can lead to a wide array of health problems, including asbestosis and lung cancer. Mesothelioma is a form of cancer that develops after asbestos exposure. In many cases, it can take decades for mesothelioma cancer to surface. However, it is an incurable type of cancer that always proves fatal.

For the victims of asbestos-related cancer and their families, the exposure that led to the mesothelioma or lung cancer is often the result of negligence. In some instances, someone may have had a job for years where he or she was exposed to asbestos fibers daily. However, it could be decades later, long after he or she retired, before the mesothelioma develops. When this is the case, as experienced attorney Gene A. Riddle explains in the video below, victims and their families can still seek justice through a personal injury lawsuit. 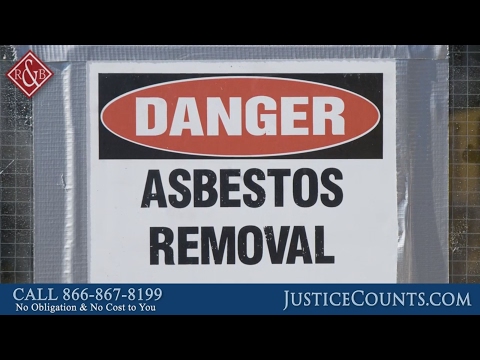