3M was hit with more than $6,000,000 in punitive damages after a jury found the company’s defective earplugs caused hearing loss among military veterans. The loss in the first “bellwether” 3M earplug trial is a significant setback for the St. Paul-based company. 3M faces more than 200,000 claims alleging that its Combat Arms earplugs were defective and caused hearing loss and tinnitus. More than 3,000 lawsuits have been filed. The 3M earplug lawsuits represent the largest multi-district litigation (MDL) in U.S. history.

IMPORTANT: If you’ve suffered hearing loss or tinnitus after using 3M earplugs while serving in the military between 2003 and 2015, you may be entitled to compensation, and there is still time to file a claim. Call 1-800-525-7111 for a FREE, no-obligation consultation with an experienced 3M earplugs lawyer at Riddle & Brantley. There are no upfront costs and you won’t pay any attorney fees unless we win your case and you receive financial compensation.

In a statement issued after the court loss, 3M said that it did not believe the plaintiffs had proven their case, and that the company is exploring options for appeal.

“We remain confident in our case and are ready to defend ourselves against plaintiffs’ allegations at the upcoming trials,” 3M said. 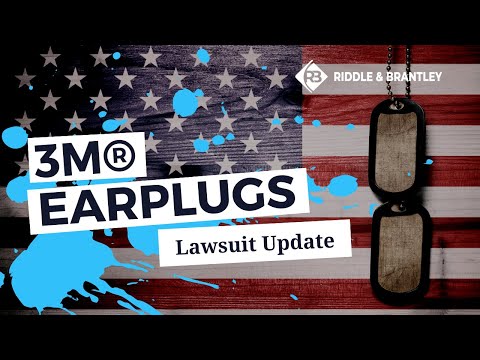 Do You Qualify for a Claim?

You may qualify for a 3m earplug lawsuit if you meet the following criteria:

For a FREE consultation with an experienced 3M earplug lawsuit attorney, please call 1-800-525-7111. The consultation is free, there is no obligation, and we don’t get paid unless you do. If we don’t recover compensation for you, you won’t pay any attorney fees. It’s as simple as that.

You defended us. Now it’s our turn to fight for you.

Riddle & Brantley has been serving injury victims since 1985 and has recovered millions of dollars in compensation for clients, including more than $600 million since 2000 alone (see disclaimer below).

Many of our attorneys and staff have close family ties to the military and we are ready to help however we can. Call 1-800-525-7111 and let’s review your claim.