Did an Advertiser Help Cover Up Roundup’s Cancer Risk? 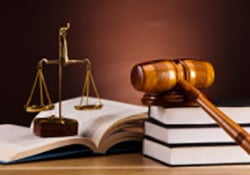 It seems like every day that goes by, more and more lawsuits are mounting against Monsanto questioning Roundup’s cancer risk. Our blog has been following the Roundup cancer risk story for weeks.

A new report is shedding light on the role an advertising agency may have played in covering up Roundup’s cancer risk. Per the report, Monsanto has employed an agency in St. Louis to handle its advertising for over 20 years. The company’s ads, which have been banned in New York since the 1990s for being misleading, have claimed in the past that Roundup is “practically non-toxic” and less dangerous than table salt.

Can Using Roundup Cause You to Develop Non-Hodgkin’s Lymphoma Cancer?

As we have discussed in previous blog posts, while it has yet to be proven that there is a definitive connection between Roundup weed-killer and non-Hodgkin’s lymphoma cancer, multiple studies have discovered cancer and Roundup use are linked. In addition, information recently surfaced that Monsanto had been interfering with academic papers written regarding Roundup’s cancer risk. This leads many to believe that if Monsanto believes it has something it needs to cover up, Roundup may be more dangerous to consumers than the company is letting on.

Do you believe Monsanto is hiding Roundup’s cancer risk? Share your thoughts about this issue in our blog’s comment section.