Home » Blog » Is This Common Safety Hazard in Your Vehicle?

Is This Common Safety Hazard in Your Vehicle?

Millions of vehicles are currently under recall because they contain safety defects. A large percentage of recent recalls involve faulty Takata airbag inflators that have caused catastrophic injuries and deaths. There are also safety hazards in vehicles that may not be under recall. Seatback failures are a potential safety hazard in vehicles sold in the US. The front seats in these vehicles can collapse backwards during rear-end collisions. Front seat occupants can be launched into backseat occupants.

According to a CBS News investigation published last year, seatback failures may have caused more than 100 injuries or deaths since 1989. CBS News claims many of the victims were children. Safety standards for seatback strength have not been updated in decades, despite dozens of instances where seatback failures caused severe harm to vehicle occupants.

Jesse Rivera Jr. is one of many occupants to be injured by a seatback failure. In 2012, then 7-year-old Jesse was sitting in the backseat of his father’s Audi when it was rear-ended by another vehicle. During the collision, the front seatback broke and sent Jesse’s father flying backwards. Jesse was hit by his father during the collision and suffered a severe brain injury. His family sued Audi and secured a $124.5 million verdict.

An Audi engineer providing a deposition for the case claimed that the front seats were designed to launch backwards on purpose. According to the engineer, backseat occupants could use their knees to support front seat occupants during a collision.

Other automakers have also faced lawsuits for injuries and deaths caused by seatback failures. In deposition from a 1996 lawsuit against GM, an engineer claimed that it would be inexpensive to strengthen seatbacks.

Can I File a Seatback Failure Lawsuit?

Automakers have a legal obligation to release vehicles and auto parts that are safe for use. When vehicles are unreasonably dangerous due to design flaws or defects, members of the public and their families pay a heavy and often permanent price. 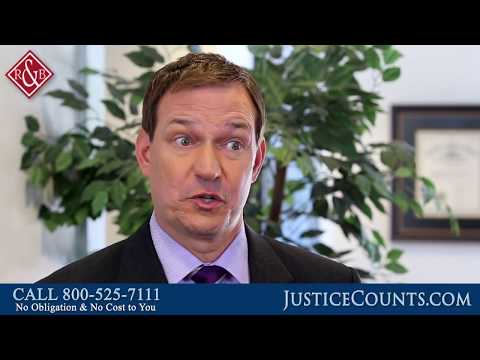 If you or a loved one were harmed by a seatback failure, then our North Carolina auto defect attorneys could help you determine whether you have legal options to hold the manufacturer accountable. At Riddle & Brantley, LLP, Justice Counts.