In January, the EPA re-approved glyphosate — the controversial ingredient in Roundup herbicide — and claimed that it does not present a danger to humans.

“The EPA found there was insufficient evidence to conclude that glyphosate plays a role in any human diseases,” according to an agency statement.

For years, however, thousands of Roundup lawsuits have piled up, arguing the opposite. Roundup cancer lawsuits claim that glyphosate does cause cancer and that Roundup exposure is responsible for thousands of cases of non-Hodgkins lymphoma and other cancers among agricultural workers, groundskeepers, and other workers.

The World Health Organization (WHO) in 2015 classified glyphosate as “probably carcinogenic” (cancer-causing) to humans.

In 2019, a California jury awarded $2 billion to a couple who alleged their cancer was caused by exposure to Roundup. Roundup manufacturer Bayer AG continues to claim Roundup and glyphosate are safe and has vowed to fight the $2 billion verdict and other judgments.

Roundup Lawsuits: What Happens Next?

With Roundup lawsuits hammering Bayer AG’s stock price and investors increasingly anxious about the costs of drawn-out legal action, in 2019 a Roundup settlement seemed within reach. Recent reports indicate that talks are ongoing.

Industry analysts estimate that any settlement may reach as high as $10 billion.

Have you been diagnosed with non-Hodgkins lymphoma or other cancer after exposure to glyphosate in Roundup weed killer?

If you’ve been diagnosed with non-Hodgkins lymphoma or other cancer after exposure to Roundup herbicide, you deserve justice — and you may be entitled to compensation. 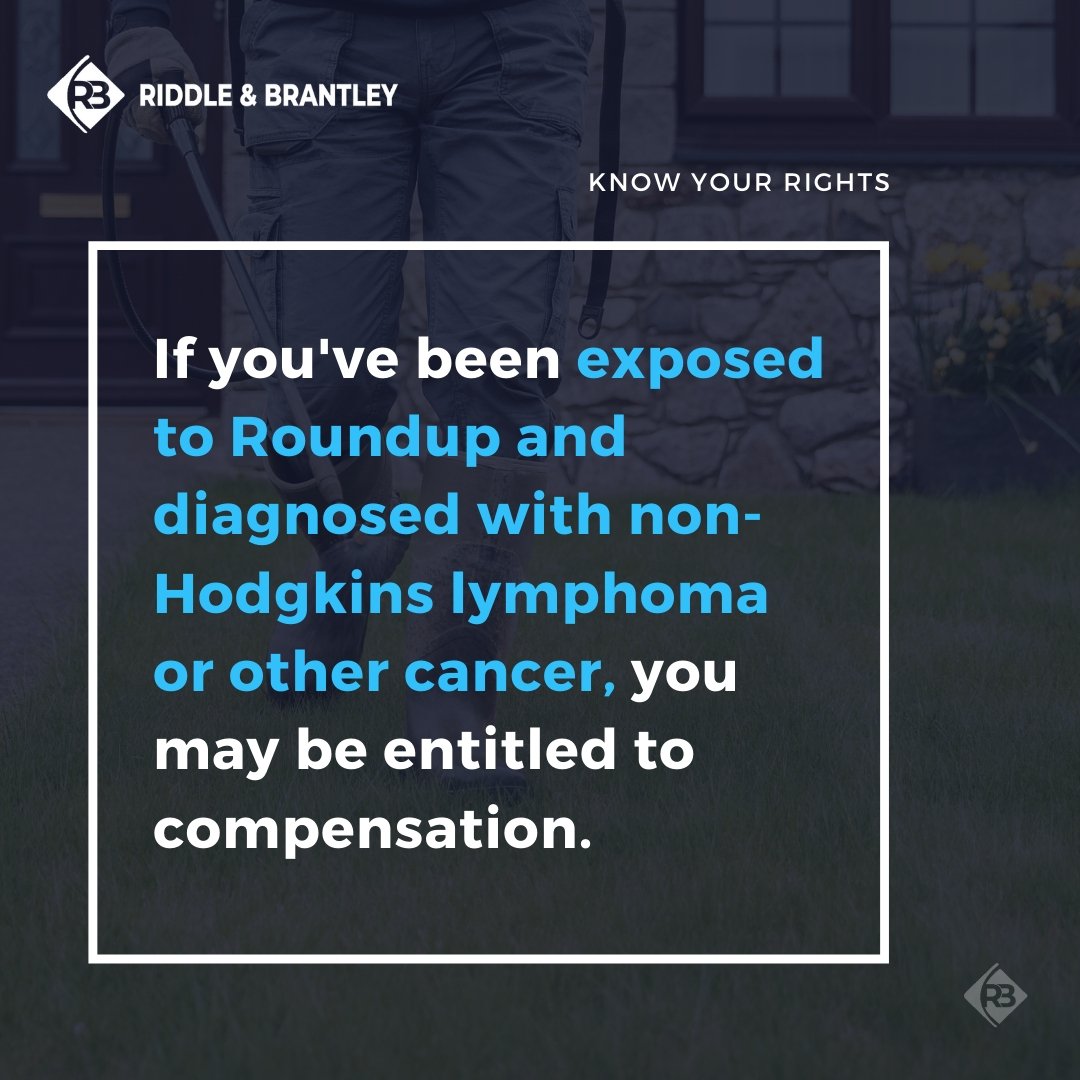 With settlement talks ongoing, now is the time to talk with an experienced Roundup attorney.

Riddle & Brantley has been fighting to hold negligent manufacturers accountable for decades, and we would love to help you if we can.

For a FREE consultation and case review with an experienced Roundup cancer lawsuit attorney, please call 1-800-525-7111.

There is no obligation and there are no attorney fees unless we win financial compensation for you.