Kissing Bugs in North Carolina – What You Need to Know

The deadly “kissing bug” is in North Carolina, with the first sighting reported in 2015. And according to a report by the Centers for Disease Control and Prevention, the danger is growing.

Reports of kissing bugs continue to spread. The CDC has confirmed that the kissing bug, (formally known as the Triatomine bug) has been found as far north as Delaware. 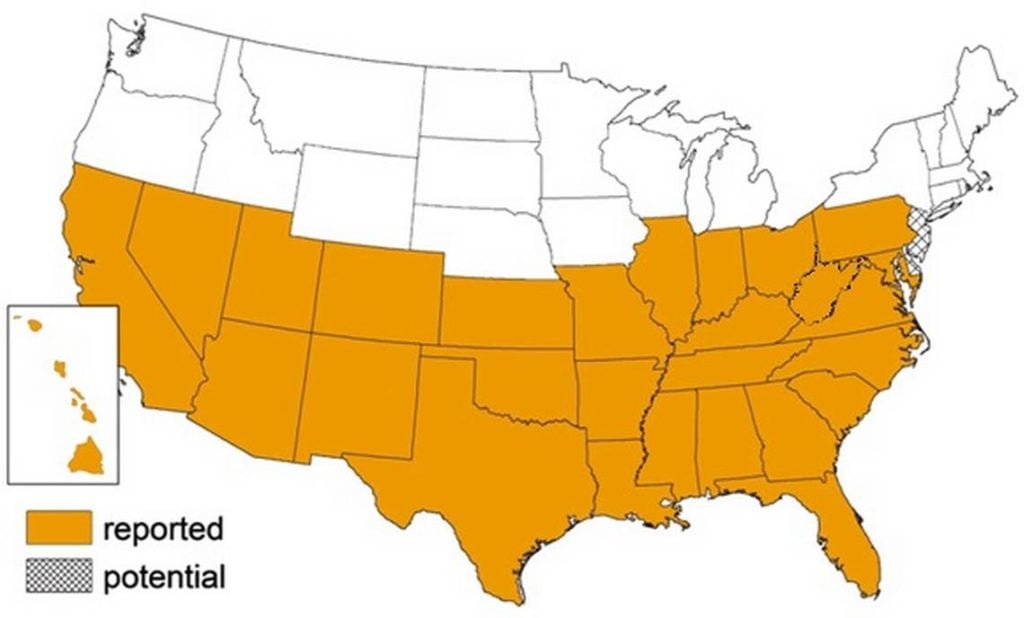 The kissing bug has been reported as far north as Delaware, according to the CDC (CDC graphic)

What are kissing bugs and why are they dangerous?

Do not be fooled by the cute nickname. Kissing bugs are blood-sucking insects that can spread a potentially deadly disease called Chagas. The insects get their name due to the fact that they bite around humans’ eyes and lips while the victim sleeps. To be blunt, the CDC reports that the kissing bug spreads disease-carrying parasites when it “poops on or near a person while it is feeding on (their) blood, usually when the person is sleeping.”

According to the CDC, kissing bug bite symptoms that may indicate Chagas disease include:

Is it deadly? Can Chagas disease kill you? Not all kissing bugs carry parasites that can cause Chagas disease, but if you live in North Carolina or a state in which kissing bugs have been reported, please be cautious.

IMPORTANT: If you suspect you may have contracted Chagas disease, it is important to act fast. Chagas can be treated but only if caught early.

Are kissing bugs in North Carolina?

Yes. Kissing bugs have been reported in North Carolina since 2015. While originally these insects were most common in Mexico, Central America, and South America, they continue to spread northward.

If you live in North Carolina and suspect you have been bitten by a kissing bug, be alert for potential symptoms of Chagas disease (see above) and consult a doctor immediately.

Kissing bugs can be found indoors and outdoors, and seem to prefer dark, enclosed spaces.

According to the CDC, kissing bugs are most commonly found in the following outdoor places:

However, when found indoors, kissing bugs are often:

The CDC recommendations for preventing Chagas disease include the following precautions to protect you and your loved ones (including pets):

Remember, if you suspect you’ve been bitten by a kissing bug and are suffering Chagas disease symptoms, seek immediate medical attention. Chagas disease spread by kissing bugs can be deadly, and there is no substitute for precaution.