Home » Who We Are » Our Investigators

At Riddle & Brantley, we have several experienced investigators who help investigate accidents as well as meet with clients who are unable to come into one of our offices to meet with a lawyer. Our investigators can meet you at a location convenient for you and provide you with all of the necessary paperwork for the lawyer to begin working on your case, and if you have questions or concerns during their visit, they will get a lawyer on the phone to help you. Kevin Canady is a native of eastern North Carolina. He served in the Kinston Police Department and worked his way through the ranks, eventually being named Sergeant. He is dual-certified as both a law enforcement officer and Level II firefighter. As a police officer, he served as a K-9 handler for more than 10 years and later became the department’s K-9 trainer. Kevin served as Sergeant of patrol, the Special Response Unit (SRU), and K-9 division until he left the department in 2015.

In recognition of his service, Kevin received the Certificate of Recognition for Meritorious Duty in 2000.

Kevin is married with three children. In his spare time, he enjoys spending time with family and helping with his children’s extracurricular activities. He enjoys working on cars and is an avid sports fan.

“I’m happy to be part of a firm that puts its clients’ best interests first.” 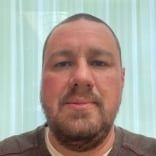 In his spare time, you might find Jurgen fishing off his boat on the ocean, golfing, or spending time at the beach with family and friends. He is an avid outdoorsman and a country music fan. Scott is married with two children. When he’s not investigating cases at Riddle & Brantley, he enjoys spending time with his family, playing baseball, running, walking, and bike riding.

“I enjoy how family-oriented Riddle & Brantley is, and how all employees are treated like family.”