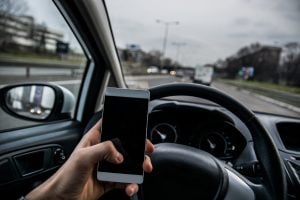 You can choose from several apps if you own an Apple or Android phone. These apps include:

Follow Our Blog for Future Updates on Smartphone Safety Apps

Distracted driving is responsible for thousands of accidents each year. New technology and software can play a greater role in preventing these accidents in the near future. Continue to follow our Facebook and Twitter accounts for future updates on safety apps for smartphones.

1-800-525-7111Injured in a car accident? Click to call for a FREE consultation!
Free Consultation No Obligation or Cost to You
All Fields Required