Gene Riddle is a founding member of Riddle & Brantley, a law firm that employs 11 attorneys with more than 220+ years of combined legal experience. He is an experienced and award-winning trial attorney (see disclaimer below). Since 2000 alone, Gene’s firm has recovered over $600 million in total compensation for clients. Gene is quick to stress his family’s deep North Carolina ties. A Stanly County native, he grew up in Aberdeen after moving from Albemarle. He has practiced law in North Carolina since September 1985.

Gene’s parents were both educators. His father, a longtime superintendent of Moore County Schools, encouraged him to go to law school after college.

“My dad is probably the most honest person that was ever born,” Gene says. “Honest to a fault. He said we needed more honest lawyers, and I’d be a good one.”

Today, Gene believes honesty, integrity, and willingness to work hard are the bedrock principles of a good attorney. That is what he and the other lawyers at Riddle & Brantley provide to their injured clients. Gene spends much of his time reviewing cases as well as instructing and supervising attorneys and paralegals. However, he also continues to directly handle cases as the lead attorney and he touches most of the personal injury cases that come into the firm.

“There’s nothing better than helping injured victims get the justice and compensation they deserve.”

Gene is particularly proud of his firm’s pledge to respond to phone calls and e-mails after hours and on weekends. As a result, he monitors almost all inquiries received.

“The client’s needs and goals are most important.” 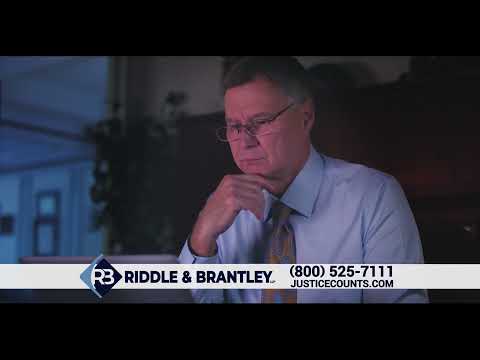 A Reputation for Success

In more than 35 years serving the people of North Carolina, Gene Riddle has personally represented thousands of clients, securing millions of dollars in compensation for damages suffered due to others’ negligence. Some of Gene’s most notable settlements and verdicts include:

On his desk, Gene keeps a photo of 16-year-old girl, her parents’ only child. The girl died after a tractor-trailer hit her car in an intersection in Goldsboro. The initial investigation of the accident supported the truck driver’s version of the facts. He said he had a green light at the time of the accident. The girl’s devastated parents were not satisfied with the truck driver’s account, so they contacted North Carolina personal injury lawyer Gene Riddle. Our investigation revealed a different story.

Investigators tracked down eyewitnesses who contradicted the truck driver. Gene then hired accident reconstructionists whose forensic work showed that the truck driver had indeed run a red light. The trucking company’s insurers agreed with the new evidence and settled, paying the grieving parents $840,000 (see disclaimer below). Additionally, the truck driver faced charges for misdemeanor death by motor vehicle. He pled guilty and eventually lost his commercial driver’s license for a year.

“Nothing can make up for the loss of a loved one, but I’m proud to help surviving family members fight for justice.”

Gene Riddle has been recognized for his experience and results by many prestigious organizations and awards (see disclaimer). Among these recognitions are:

However, the award Gene treasures most is the Old North State Award, which he received in 2009. The Old North State Award is presented by the Governor of North Carolina to individuals who have provided exemplary service and commitment to the state. Gene received it for his community service as a member and chairman of the Wayne County Board of Elections over four years.

“I was very proud of that (Old North State) award because it’s just one step under my dad,” Gene says, “which is probably appropriate, because that’s my dad.”

Gene and his wife, Lee Ann, have two daughters and several pets, including two Westies — Otis and Franklin — who have appeared in numerous commercials. Church activities are also an important part of their lives. In his free time, Gene enjoys several sports, including tennis, golf and skiing.