Home » Our Attorneys » Adam A. Smith 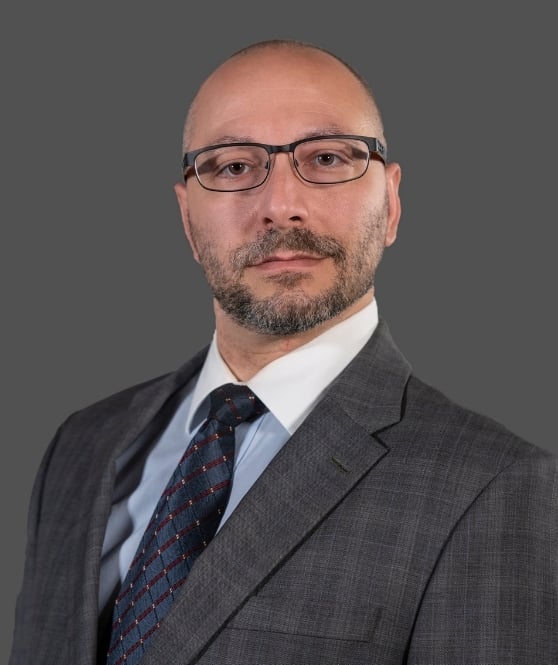 Workers compensation attorney Adam A. Smith practices in the Goldsboro and Raleigh law offices of Riddle & Brantley. Adam is a Board Certified Specialist in Workers’ Compensation Law, which distinguishes him as having attained a level of excellence in his practice. He dedicates his practice to representing victims of serious personal injuries.

“I tell my clients, let me focus on the insurance adjuster and the jury, so you can focus on getting healthy.”

“A personal injury claim can stress you out and consume you,” says Adam. “That is not a good use of your time and energy. Let me handle the legal things, so you can focus on yourself and your family.” 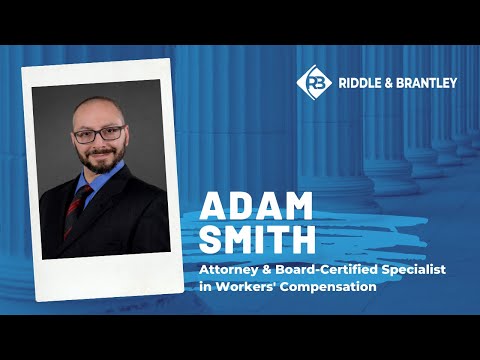 Adam dedicates his career to helping ordinary people achieve the justice they deserve through workers compensation claims after a work injury or other accident. He had the honor of sharing in the Public Counsel 2003 National Volunteer of the Year Award after successfully representing a group of Spanish-speaking claimants who were the victims of fraud. Since becoming admitted to practice law in North Carolina in 2003, he has successfully tried cases before juries in Superior and District Courts and represented clients in arbitration. Additionally, he has experience litigating state tort claims before the North Carolina Industrial Commission.

Adam also handles appellate matters, including his successful appeal in Jarvis v. Stewart. This case received recognition from N.C. Lawyers’ Weekly, which called it one of the 50 “Most Important Opinions” of 2005. In addition, a large portion of Adam’s practice involves representing worker compensation claimants. As a result, in 2011 he achieved recognition as a North Carolina Board Certified Specialist in Workers’ Compensation Law.

Adam is admitted to practice before the U.S. District Court for the Eastern and Middle Districts of North Carolina and the U.S. Court of Appeals for the 4th Circuit.

Adam holds a prestigious AV Preeminent peer-review rating by Martindale-Hubbell, their highest level of recognition (see disclaimer below). The basis of this ranking is peer reviews from other attorneys who recognize colleagues for excellence in a given field. He is also a member of Multi-Million Dollar Advocates Forum and Million Dollar Advocates Forum based on the significance of his settlements (see disclaimer below).

Adam has also been honored to recognized as a “Rising Star” and/or a “Super Lawyer”  for 8 years in a row (see disclaimer below).

Adam is an active member of the North Carolina Advocates of Justice, and served as Vice-Chair of the Products Liability Section in the past. He has been a speaker at numerous Continuing Legal Education events. His past presentations include “Admissibility of Evidence in Personal Injury Trials,” “Battery Ingestion Injuries,” and “Bulletproofing Your Expert from Daubert Attacks”. Trialbriefs magazine has also published his work. His writing credits include “Products Liability Claims, In Camouflage” and “Evidence, Getting It In or Keeping It Out”.

In his spare time, Adam enjoys playing soccer competitively on the firm-sponsored team, the Riddle & Brantley Angry Pandas.  Being a Duke alum, he is of course a college basketball enthusiast, but he now has divided loyalties, as he has children attended N.C. State and App. State Universities.

Adam is also a member of the Umstead Park United Church of Christ.