JUUL Lawsuits Heat Up Across the Country

UPDATE: In a major win for plaintiffs suing JUUL and other defendants, a federal judge has refused to dismiss JUUL lawsuits alleging that the manufacturer violated Racketeer Influenced and Corrupt Organizations Act (RICO). JUUL and other companies have been accused of violating RICO in deliberately targeting minors and downplaying known health risks.

Under growing scrutiny from the federal government, health advocates and medical professionals, Juul Labs, the maker of popular JUUL e-cigarettes, may be facing a wave of JUUL lawsuits.

JUUL e-cigarettes have been linked to a serious lung disease known as EVALI — e-cigarette and vaping product associated lung injury.

***Our product liability lawyers are actively evaluating cases in which addiction, injury, illness or death was potentially caused by vaping with JUUL e-cigarettes between ages 14 and 26.

The Food & Drug Administration (FDA) has accused the company of violating regulations by promoting its JUUL e-cigarettes as a healthier option than traditional tobacco-burning cigarettes.

What is a JUUL?

The JUUL e-cigarette is the most popular e-cigarette in the United States, with an estimated 72 percent of market share as of September 2018. JUUL electronic cigarettes are manufactured by Juul Labs, Inc.

Electronic cigarettes, commonly called e-cigarettes, are handheld battery-powered vaporizers that simulate smoking without burning tobacco. The use of e-cigarettes is known as “vaping,” with users referred to as “vapers.”

E-cigarettes like JUULs heat a liquid (sometimes called e-liquid or e-juice) to turn it into a vapor. JUUL users then inhale the vapor directly into their lungs.

While JUUL e-cigarettes do not contain tobacco and are smokeless, they do contain highly addictive nicotine (also found in traditional cigarettes) and other potentially harmful chemicals. 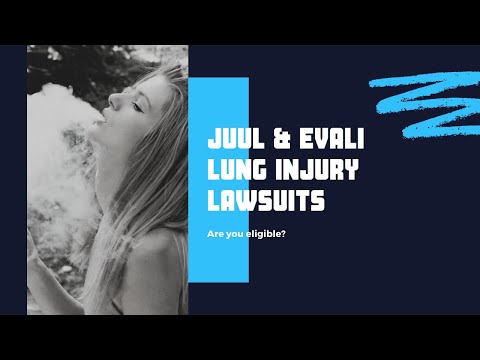 A new generation of nicotine addicts

When Juul launched in 2015, the company pledged to “improve the lives of the one billion adult smokers” by helping them quit smoking. However, e-cigarette usage in the United States has since spiked, and many previously non-smoking individuals have taken up vaping.

According to the Food and Drug Administration (FDA), roughly 25 percent of American high school students reported using e-cigarettes within the last 30 days in 2019, an increase from 20 percent in 2018.

The New York Times reports that public health groups are “worried that soaring use among youths is hooking a new generation on nicotine after decades of a decline in smoking rates.”

According to the Centers for Disease Control and Prevention and the FDA, e-cigarette among high school students increased from 11.7 percent in 2017 to 20.8 percent in 2018, a 78 percent increase.

“This is a public health crisis and we cannot afford more delays in confronting it.” -Matthew L. Myers, President, Campaign for Tobacco-Free Kids

Are JUUL e-cigarettes bad for you?

While JUUL e-cigarettes do not contain or burn tobacco, the liquid inside a JUUL cartridge contains many potentially harmful chemicals, including glycerol, propylene glycol, flavoring, benzoic acid and 40 milligrams of nicotine. JUUL and other e-cigarette products may cause serious lung injury and illness, including a disease known as EVALI, or, “e-cigarette and vaping product associated lung in

A number of studies have connected nicotine with serious and potentially life-threatening diseases and outcomes, including:

Use of nicotine by pregnant women can also impact fetal and early childhood development, including:

E-cigarettes like JUULs are relatively new to the market, and long-term health effects are not yet fully understood.

However, recent reports of serious lung disease, seizures and multiple deaths have prompted calls for greater scrutiny of JUULs and other e-cigarettes.

As of late October 2019, roughly 1,500 cases of vaping-related respiratory illnesses have been reported in almost three dozen states, and more than 30 deaths are believed to be linked to these illnesses.

Symptoms of respiratory illness caused by e-cigarettes may include:

In September 2019, the State of Michigan became the first state to ban the sale of flavored e-cigarettes, and the federal government is expected to issue a similar ban.

In addition to the five main ingredients, JUUL e-cigarette cartridges contain at least 42 additional chemicals, some of which are known to be carcinogenic (cancer-causing).

Some of these potentially cancer-causing chemicals include:

It can be difficult to determine what potentially harmful chemicals are in e-cigarettes like JUULs because most brands do not list all of the substances contained in them.

Studies have additionally shown that youth vaping is “strongly linked to later use of regular cigarettes and other tobacco products” according to the American Cancer Society.

Are JUUL devices marketed to kids?

Health advocates contend that for years, Juul has designed and marketed its e-cigarettes specifically to minors, a charge that the company denies.

Many public health groups allege that Juul marketed JUUL “e-juice” in “fun” flavors like Fruit Loops, Strawberry Milk, and Pancake Syrup as a way to entice children and teens.

JUUL e-cigarettes feature a compact, sleek design and can be easily concealed, which makes using them in schools — even during class — relatively easy. JUUL devices also give off very little smell or vapor, and they are difficult to detect.

Many health groups have noted that the JUUL, which resembles a high-tech flash drive (that can even be charged in a computer’s USB drive), seems deliberately designed to appeal to minors.

The devices are even available in a variety of colors and custom “skins” featuring school colors and mascots, photos, cartoons, etc.

Do you have a claim in a potential JUUL lawsuit?

The product liability attorneys at Riddle & Brantley are actively investigating cases in which individuals have been injured by JUUL e-cigarettes. Since 1985, we’ve recovered millions in compensation for victims of others’ negligence, and we would love to help you if we can (see disclaimer below).

If you or a loved one has suffered addiction, injury or illness as a result of using JUUL vapor devices between the ages of 14 and 26, please call 1-800-525-7111 for a FREE consultation.

There is no obligation, and no attorney fees unless we win your case and you receive financial compensation.

We will review your case and help determine whether you may have a valid JUUL lawsuit.

***Please note that in order to qualify for a JUUL lawsuit, you must have used JUUL e-cigarettes between ages 14 and 26 and suffered addiction, lung injury or illness.

It is alleged that Juul Labs, Inc. downplayed the health risks of JUUL e-cigarettes and intentionally targeted minors with deceptive advertising, aggressive social media campaigns, and candy-like flavors that have hooked a new generation on nicotine.

We believe that’s wrong, and for more than three decades our product liability attorneys have been fighting to hold negligent companies accountable.

If you have suffered injury or addiction due to vaping with JUUL smokeless e-cigarettes, please contact us today. Call 1-800-525-7111 or complete the short form below for a FREE consultation.