Home » Blog » Who Takes the Compensation in Claims for Wrongful Deaths?

Who Takes the Compensation in Claims for Wrongful Deaths?

Dan Brian   |  February 5, 2016   |
The division of the funds from a wrongful death claim are divided according to our intestacy statute which is found at NC General Statute sections 29-13, 29-14, 29-15  and 29-16.  Intestacy refers to persons who die without a will.  In other words, the funds from a wrongful death are not divided according to provisions of a will.  If the deceased has a will then it will determine the division of assets of the estate but not the death claim.  The funds from a death claim are divided as if the person who died had no will.  NC General Statute 28A-18-2 is North Carolina’s Wrongful death statute and it clearly provides that the recovery in wrongful death cases are not assets of the estate subject to creditors’ claims and it provides a list of damages recoverable as part of the claim.  Such damages include, medical expenses of the deceased, the deceased’s pain and suffering, reasonable funeral expenses, and the real value of the deceased to his/her family members commonly referred to as next of kin.
1-800-525-7111Call for a free, no-obligation consultation with one of our compassionate wrongful death lawyers

1)      The first $60,000 and then ½ of the remainder if the deceased also has one surviving child; and the child or his/her lineal descendants take the other half.  If the child is deceased at the time but has a child or children then the child/grandchildren take the half and share equally if more than one.

2)      The first $60,000 and then 1/3 of the remainder if the deceased has two or more living children; and the children share equally.  If a child is dead at the time then the grandchild/grandchildren share in the division but only to the extent of what that dead parent would have received.

3)      The first $100,000 and then ½ of the remainder if the deceased has no living children or grandchildren but has one or more parent living; the parent(s) take the other half.

4)      If the deceased has no parent and no lineal descendant then the spouse takes all.

It is very important to understand that if the amount of the funds for disbursement to the next of kin does not exceed $60,000 then the spouse may take all regardless of children or grandchildren still living.  Also, if the deceased has no living descendant but has living parents, then the spouse may take all of the funds unless funds for disbursement to next of kin exceed $100,000.  The determination of how much money you will have for division to next of kin is sometimes limited by the amount of insurance coverage available or whether the at fault party has assets sufficient to pursue. 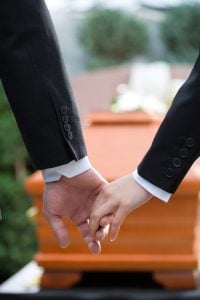 The splitting of the funds from wrongful death between children and lineal descendants (children of children or grandchildren) is called distribution among classes.  Basically the same level of next of kin shares equally.  Children of the deceased take the same share.  If one child is dead but that child has living children then those living children take what the dead parent would take, meaning that the grandchildren take and equally split the portion that their deceased parent would have taken.  See NC General Statute section 29-15 and 29-16 for exact language which can be confusing to read.  We strongly encourage and invite you to call us with questions about who takes the compensation for wrongful death because it can be very confusing.

Who takes if there is no spouse, no children, and no parents?

If the deceased leaves no living spouse, child, grandchild, or parents then there are provisions where the brother/sisters would take the compensation as next of kin.  This provision is found at NC General Statute section 29-15.  This is extremely rare and I can’t think of an instance where this has occurred in our practice but it does happen on rare occasions.  Again, if you find yourself in this circumstance call us to find out what your status and rights are under the wrongful death provisions of North Carolina law.

What if I lived with a man who was killed in an auto accident but we were never formally married?

We have had many clients who have found themselves in this situation in the past.  Unfortunately, under North Carolina law you will not have any recourse for compensation unless you were married.  This is a harsh result but you must be a relative in order to be covered as a beneficiary under our laws.  Even if you lived together for many years and your mate had no contact from his relatives you still have no recourse under our laws.  However, if your common law spouse was killed as a result of a Work Accident then you may have recourse under our Workers Compensation laws if you were substantially dependent on your mate at the time of death.  Obviously, this is not a guarantee of successful recovery for benefits as this would be a very difficult matter but one that we would certainly review and attempt to help.  We have actually handled similar cases in the past and were successful at recovering compensation under Workers Compensation laws for those substantially dependent including step children even after separation.

What if my son was married but is divorced?

1-800-525-7111We believe Justice Counts, call now for a FREE consultation with a wrongful death lawyer

What is a common example? 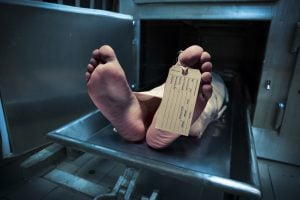 As you can see there is a very definite but confusing system to how the funds from a wrongful death are divided and how the next of kin are included as beneficiaries of those funds.  Again, we encourage you to call us with your questions if you have lost a loved one or know someone who has lost a loved one.