Pedestrian Accident Deaths Are on the Rise in North Carolina

According to a recent article in on ABC11 News 2015 is expected to see the largest increase in pedestrian deaths since national statistics began being reported. The jump, a projected 10%, was not slight and is clearly not a statistic error. The article cites a new report release on Tuesday, March 8, 2016 by the Governors Highway Safety Association, which blames several reasons for the increase, including pedestrians texting while walking and the increase in the number of cars on the road due to lower gas prices.

Other studies have also shown deaths in overall traffic fatalities. As discussed in a recent Newsweek article the National Safety Council estimates that traffic deaths in auto collisions increased 8% in the last year. Those authors also cite texting and lower gas prices as factors, but also cite increased drunk driving as a factor in the increase. 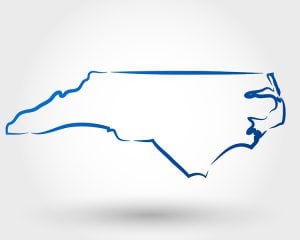 The report on pedestrian deaths also notes that over 50% of all pedestrian collision deaths take place in just 4 states: California, Texas, Florida, and New York. These are all large and populous states with large urban centers where more pedestrians and drivers are crammed into smaller spaces. But interestingly, the number of deaths compares to the population in those centers is actually rather low; and the highest chances of being killed as a pedestrian are highest in New Mexico, Louisiana, and South Carolina.

The reports probably come as no surprise to anyone who has read the recent stories of collisions involving drivers who were texting or posting to social media, such as the one that took place in High Point, North Carolina when a woman posted about how happy the song “Happy” made her just seconds before she veered off the road and collided with an oncoming truck.

Technology Not Solving the Problem

Even as cars become safer, with advanced technology lane warning systems and rear-view cameras, the increased availability of technology pulls the other way as well, with drivers and pedestrians unable to resist the lure of their chiming phones.

Our offices has definitely noticed increases in the numbers of collisions involving pedestrians, accidents resulting in deaths, and collisions involving distracted driving (driving while texting, driving while posting on social media, etc.). And for every accident that we know was caused by distracted driving, there are 3 more that we suspect were caused by a driver texting or reading their phone. Officers rarely check the phones of drivers involved in car accidents, and even if they did, there are so many apps to check, it would be easy to miss evidence that a driver was busy messaging someone. Even more difficult to track are drivers who were reading a post but left no comments that would evidence their actions. Our office has extensive experience handling pedestrian cases and cases involving distracted drivers. Many law firms that advertise that they “handle” personal injury claims do not actually pursue such claims, or do so in a limited manner.

For example, a law firm can advertise that they handle motor vehicle collisions, but when you retain that firm, they refer your case out to another firm and in exchange receive a portion of the attorneys’ fees. This happens with shocking frequency across the state, and is allowed by the North Carolina State Bar so long as the advertising attorney has a regular relationship with a firm that does handle such cases at the time the ads are run.

Another common situation is that firms will agree to represent the victim of a motor vehicle collision, but will only try to settle the claim. If the claim cannot settle, they withdraw from the case or refer the client to a firm that is willing to litigate the claim.

Other firms will only take cases where liability is accepted (i.e., it is clear who was at fault), and the only issue is the extent of damages that should be awarded.

Our firm zealously represents our clientele, and we are not afraid to litigate a case if it is warranted. Just last month, one of our attorneys received a verdict from a Wake County jury in a motor vehicle collision where the insurance company denied liability on the grounds that our client contributed to the collision (contributory negligence). The trial was complicated, and one of our expert witnesses, a treating physician who had led our client to believe he would support him at deposition, backed out after suit had been filed. But we continued to fight and we won a unanimous verdict. The case is now being appealed by the insurance company, and our firm is also handling the appeal on our client’s behalf (many law firms also refuse to handle appeals, or will refer their clients out to other firms who do so, often at an increased fee).

We believe that this is one of the important ways we distinguish ourselves from other law firms. Our clients know that we will not shy away from a case just because an adjuster denies the claim, or makes a low offer. And adjusters know that if they do not make a fair offer, we are willing to pursue a claim all the way to the end. We think that is the only way to practice law; to build a reputation for yourself and your firm by fighting, and by winning.

In another of our recent cases, posted on our results page, we prevailed in a case where the insurance company denied the claim of a young man who was driving a motorcycle when he was killed by another driver. The young man’s family retained another law firm, and they were unable to get the insurance company to reverse their denial, but the firm was unwilling to file suit. The family then hired our office and we submitted a draft Complaint to the insurance company, showing we were willing to file suit, and they quickly agreed to tender their entire policy limits. The offer went from $0 to $250,000 because the adjuster knew we were really prepared to sue them.

If you are looking for a full service personal injury law firm, that will fight for you and the justice that you deserve, we ask that you contact us.