Home » Blog » What Should I Do If I’m in a Car Accident with a Drunk Driver?

What Should I Do If I’m in a Car Accident with a Drunk Driver? 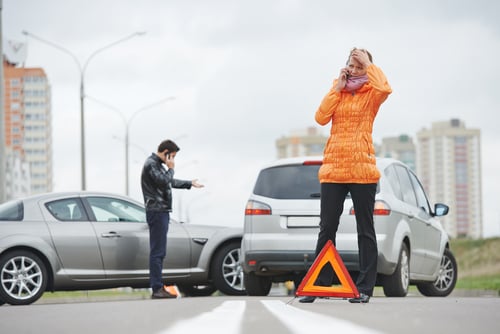 Kinston was recently the site of a deadly car accident involving a drunk driver, per WCTI-TV. Reportedly, the incident happened around 9:30 pm at the intersection of 258 South and Highway 70. Leading up to the fatal drunk driving wreck, a Chevrolet Silverado was heading east on Highway 70 when he ran a red light and hit a Toyota Avalon on 258 South as it was turning left onto Highway 70.

A 76-year-old woman who was a passenger in the Toyota died at the scene. Another adult passenger as well as a child passenger from the Toyota were taken to the hospital for treatment. The driver of the Silverado was not injured. He was arrested and charged with aggravated felony death by motor vehicle and driving while impaired.

As you should after any type of car accident, you should call 911 and make sure than anyone who is injured receives immediate medical attention. Following that, you should:

Have you ever been in a car wreck involving a drunk driver? If so, how did you deal with it? Please feel free to share your experience in the comment section below or on our Facebook or Twitter  pages. Learning what you went through could help others facing similar situations in the future.

Click to call for a FREE consultation!No fee unless you receive compensation.
Free Consultation No Obligation or Cost to You
All Fields Required